Former undisputed heavyweight champion and Hall of Famer Mike Tyson has offered some advice to Deontay Wilder on how he can overcome Tyson Fury in their trilogy clash on October 3.

Last month, Fury dropped Wilder twice and stopped him in the seventh round to capture the WBC heavyweight title at the MGM Grand in Las Vegas.

In the first contest, which took place in December 2018, Wilder dropped Fury twice and the contest ended in a controversial twelve round split draw. 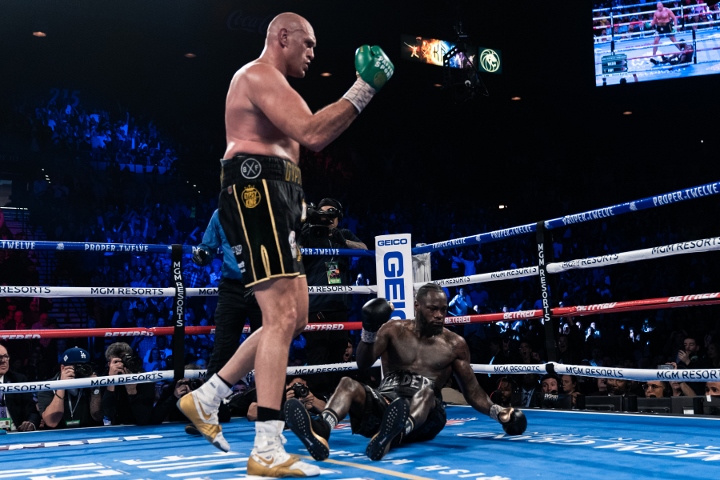 The fight was going to take place on July 18th, but it was pushed back due to the ongoing coronavirus pandemic.

Wilder is going to be a big underdog in the third contest, but Tyson believes he has a chance to come out on top.

While some expect another domination by Fury, Tyson is not sure about that. He feels Wilder certainly has a chance to come out on top, if he dedicates himself to winning the bout and really coming in the ring to fight.

“No [I don’t expect a walkover by Fury], there’s always a chance. Everyone always has a chance. It just depends on how much they want to give in to it. If [Wilder] wants to dedicate his life to really winning this fight, anything can happen. Wilder can still make a lot of money. He shouldn’t feel sad or discouraged. He should continue to go out there and fight with a lot of zest and confidence,” Tyson said.